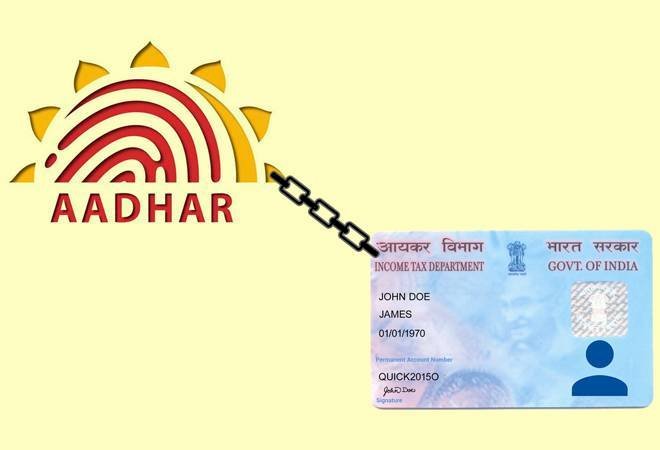 Income tax assessees will be fined ₹10,000 for not linking their permanent account number (PAN) card with Aadhaar card before March 31. The income tax department, which had earlier extended the date of linking the PAN with Aadhaar in December 2019 to March 2020, will now impose the penalty for having an inoperative PAN.

The income tax department had announced last year that all unlinked PAN cards will be declared “inoperative.” Now, it has issued a new notification stating that action will be taken against the inoperative PAN cardholders under the Income Tax Act for not furnishing PAN, according to Livemint report.

when a PAN becomes inoperative, it is assumed by the law that it has not been furnished/quoted and a penalty of ₹10,000 may apply as per Section 272B of the Income Tax Act.

According to the Section 272B: “If a person, who is required to quote his permanent account number or Aadhaar number, as the case may be, in documents referred to in sub-section (6A) of section 139A or authenticate such number in accordance with the provisions of the said sub-section, fails to do so, the Assessing Officer may direct that such person shall pay, by way of penalty, a sum of ten thousand rupees for each such default.”

However, using the PAN card as ID proof for non-tax related purposes like opening a bank account or applying for a driving license shall not be charged with. But, there can be complications if the bank account is opened using an inoperative PAN, as transactions come under the purview of income tax.

Once users link their PAN with Aadhaar, their PAN will become operative, and no penalties will be applicable from the date of linking. While people with inoperative PAN cards do not have to apply for fresh PAN card to make it operative. Their inoperative will become valid once the linking is done, as per the Livemint report.

According to the previous report, the Supreme Court, in September last year, had announced the Centre’s flagship Aadhaar scheme as constitutionally valid and stated that the biometric ID would remain necessary for the filing of I-T returns and allotment of the PAN. Filing of Form 10-IE if the persons is not having Income from Business...